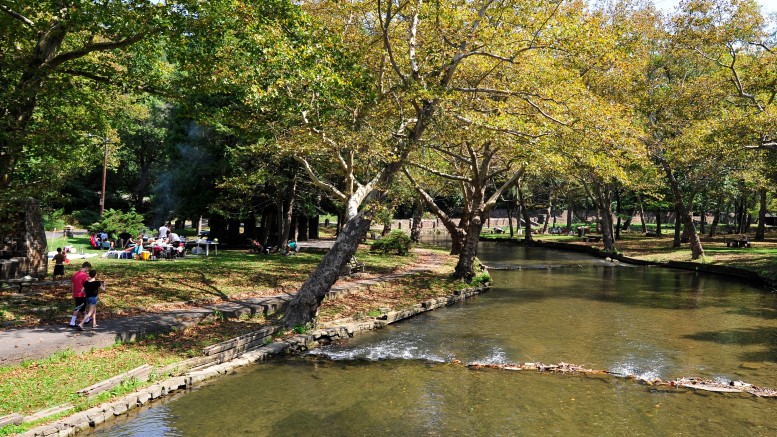 The Mosquera family of Queens, New York celebrates the end of summer on Sept. 5th, 2015, at Monocacy Park in Bethlehem. Visitors to Saucon Park were forced to change plans when they found the park was closed by order of the mayor and guarded by Bethlehem Police. Several of the displaced visitors came to Monocacy Park.

Celebrating the end of summer I spent a few hours today covering a story about residents from New York City coming to city parks in Bethlehem, Pa.

Municipal leaders decided to close one of the parks because of past problematic incidents.

Be the first to comment on "Saucon Park closed; visitors explore other parks in Bethlehem."