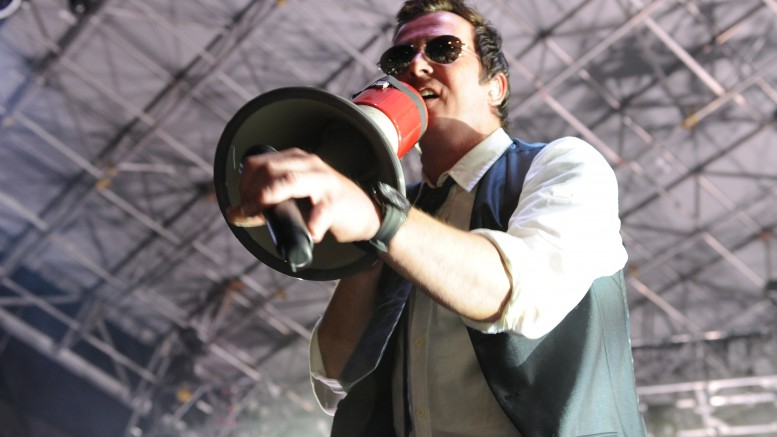 Back on August 5th, 2011 i had the chance to photograph Stone Temple Pilots at Musikfest in Bethlehem, Pa. I was very familiar with the music having been in high school in the 1990’s but my cousin Logan clued me into the trainwreck rockstar lifestyle that haunted STP front man Scott Weiland. A rocky road of addiction plagued Weiland ultimately to his demise last night.

Getting to photograph concerts is an crap shoot, you never really know what to expect. Shoot from the sound board, the pit, first 30 seconds.. all sorts of rules. In this case, we got the first three songs from the photo pit. This means i was withing arms distance, i could have reached up onto the stage and grabbed his leg.

Being this close is .. well.. awesome. You see everything and it actually feels a little like being a rockstar for a few songs, i am off stage but when i look back at the crowd i see what they see. When i look forward, sometimes i see too much. When the house lights dimmed down, actually to OFF i could see the shadows of the band members walk out on the stage guided by small led flashlights and glow-in-the-dark gaffers tape.

I watched Weiland walk center stage, reach behind a monitor speaker and pull out a bottle of jack daniels and chug about 1/4th of the bottle in seconds. He put the cap back on, tucked it behind the monitor speaker on the floor and stepped up to the mic. House lights came up and he rocked it! The band put on a great show. Sadly addiction got the best of Weiland like so many others. I think with the creativity comes the haunting lifestyle of masking ones life inner daemons with some vice.

8/5/2011 Bethlehem, PA Stone Temple Pilots broke ground in front of a packed audience at the new Sands Steel Stage at the SteelStacks complex in Bethlehem.